In a statement announcing the numbers that can be used by Hararians to report electricity faults in their areas, ZESA said they were doing so because they want to give customers more options and channels to enhance service delivery.

Below is a list of WhatsApp numbers Harare residents can use to report electricity faults. 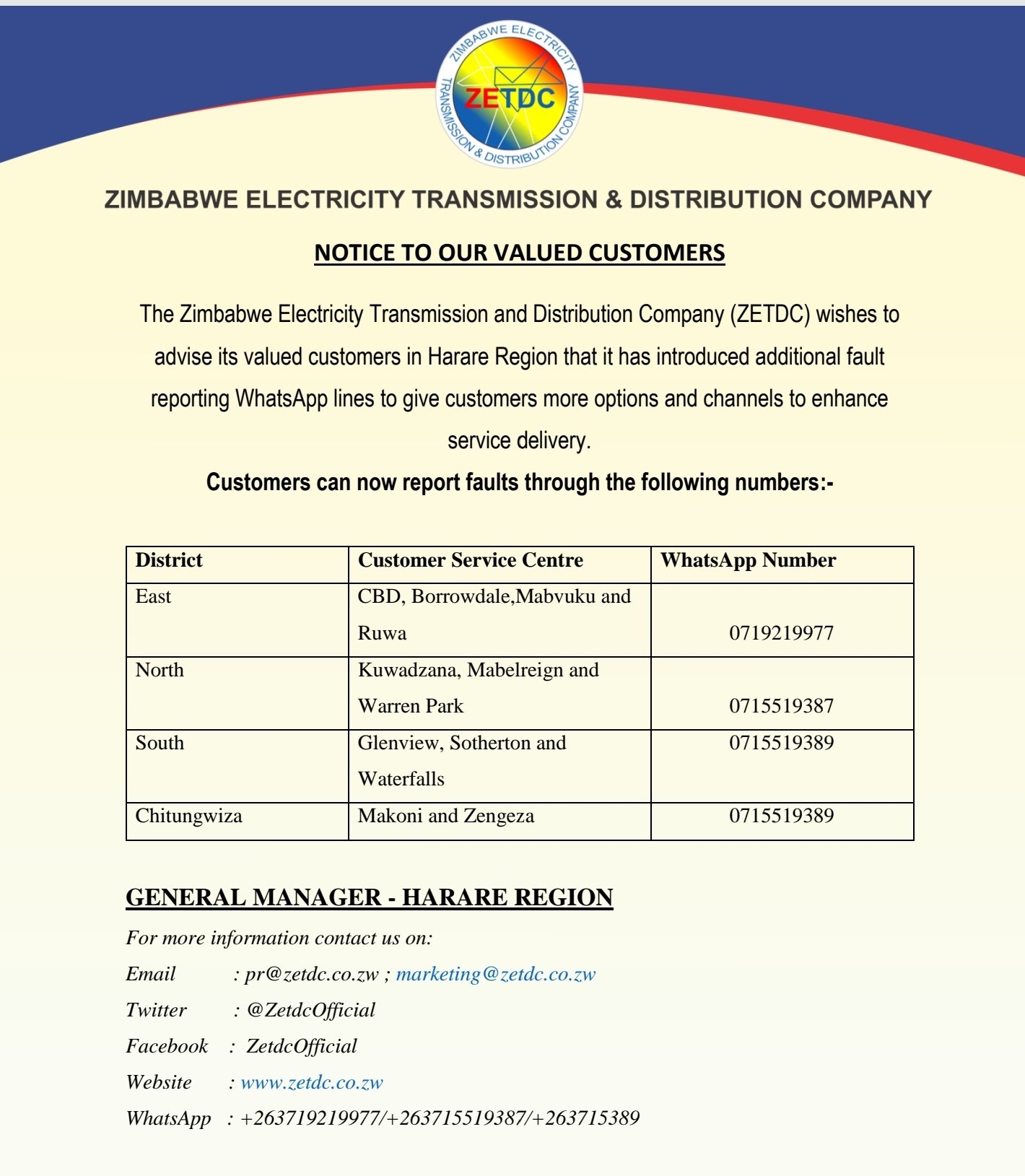 The Best Age To Get Married According To Scientists

Woman Mistakenly Shares Video She Had Done for Boyfriend on Whatsapp...

Man who demolished girlfriend’s house finally shares his side of the...

The Best Age To Get Married According To Scientists