The opposition MDC Alliance led by Nelson Chamisa has dismissed as fake a statement that circulating on social media suggesting that the party had distanced itself from the anti-corruption protests scheduled for the 31st of this month.

The statement in question claimed that the remarks by the party’s vice-chairperson Job Sikhala on the demonstration did not in any way reflect the position of the party.

Sikhala had rallied the citizenry to participate in the protests. Responding to the statement, the party said:

This statement distancing the MDC Alliance from the #31July protest is fake news. We have consistently stated that we support this broad-based, citizen initiative that is a clear expression of the right to peaceful protest under s59 of the Constitution. Wear your mask. 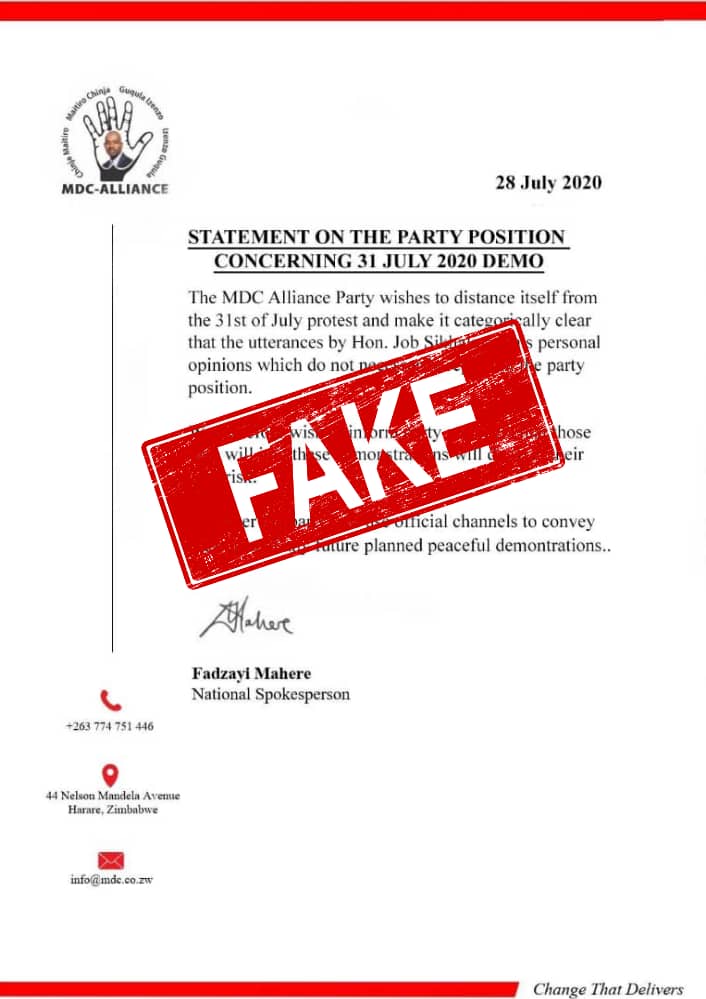 Nyoni said this last week in the National Assembly while tabling ZGC annual reports for the years 2017 to...full details

Three Kids Kill A Soldier Who Attacked Their Mother!

Three Kids Kill A Soldier Who Attacked Their Mother!