Former Springbok star, Tendai The Beast Mtawarira’s recent interview has torched a social media storm with some saying he was bad-mouthing about Zimbabwe.

Mtawarira who was explaining why he left Zimbabwe mentioned the “collapsing economy”, “the fast track land reform” and “a lot of commotion” in the country and this did not go well with many social media users.

He went to the best schools in the land, but according to him he left Zimbabwe because there were a lot of bad things happening, there was a lot of commotion, land grabs & people were getting kicked out of their farms.

What is it with Zimbabweans & bad-mouthing their country?

I left Zimbabwe to pursue my ruby career after I got awarded a scholarship by Sharks. It’s that simple!

We were taught to ingratiate ourselves to whiteness by espousing neoliberal contempt for pro-poor and pro-indigenous black empowerment reforms. Nothing would please the interviewer than showing sympathy for her kind and how they were (mis)treated by Muuugobhiiii

We must agree on how whites initially got the land. Party aside. Insults aside. Don’t u think?

Sometimes when all is going well it’s best to remain quiet. The minute you open your mouth and things go downhill

Beast was sharing his truth and objectively speaking a few million other Zimbabweans agreed with his assessment and left. He didn’t criticise the land grabs he just correctly assessed that they caused confusion. He’s been a great ambassador for brand Zimbabwe, very proud of him.

Were you not listening? He says his folks didn’t have much. Sending him to that good school came at great sacrifice to them. He went to Azania with only R2 000. More proof of humble beginnings.He used to walk to rugby practice when teammates drove luxury vehicles.Just truth.

Please, Beast was on a rugby scholarship at Peterhouse. You’re all over. And utterly clueless. Anyway, I forgive you. Carry on with your unknowing political angle and unsure “facts”

.. at the very best of times, only one country in Africa, South Africa with decent rugby opportunities. It will be lime that; at least for the next 20 years. Rugby a minority sport. Good players like Beast end up in South Africa or overseas. Simple

The guy is a moron- typical of blacks currying favour from whites to present themselves as pitiful figures. It’s a shame.

Is believe the answer lies in our largely inherited colonial education system that continues to churn out neo-colonially aligned influencers? Rugby in Zimbabwe & many other African countries was a game of the privileged in society most played in private schools.

But his family members benefitted from land resettlement programme 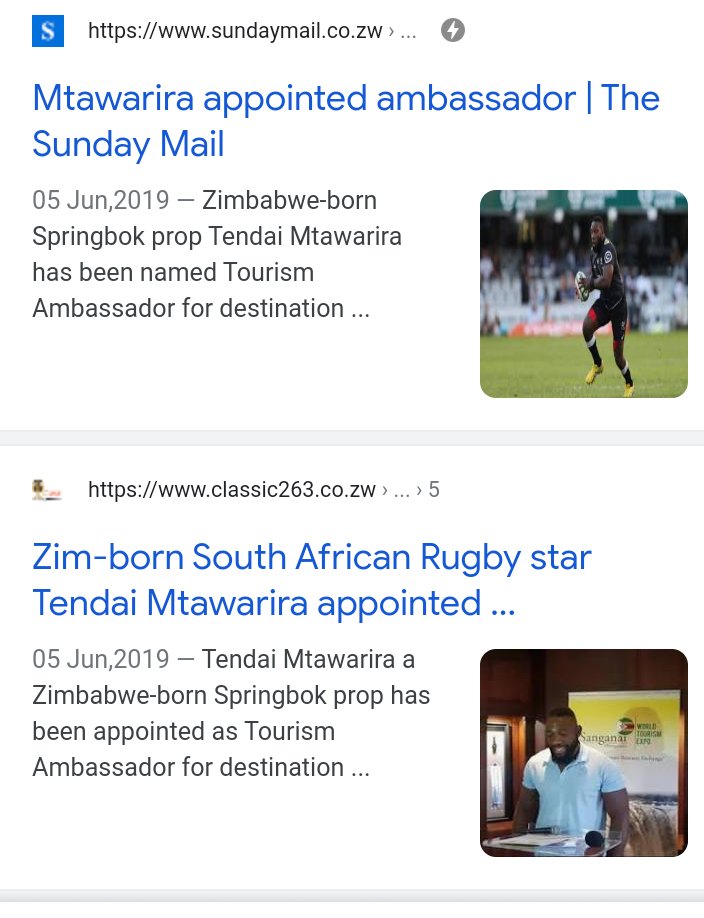 Demolitions of informal traders’ stalls at Mbudzi roundabout were temporally halted Monday after a suspected juju case at one of the stalls.

A mechanical failure of the bulldozer trusted to do the work was blamed on juju, attracting multitudes of onlookers and giving some traders time to unpack their wares.

Top Lawyers Mtetwa and Matinenga in Bid to Oust Malaba