NetOne is dishing out free 500MB of data! There is no argument about it, Ecocash are the kings of mobile money. According to the latest POTRAZ report, Ecocash handled more than 95% of all mobile wallet transactions conducted in the last quarter.

In fact, the numbers have barely shifted in the past few years.

That said OneMoney seems to have made up their minds-they want a piece of that action and they are really throwing some punchs.

Their latest punch is a free data promotion. All you have to do is deposit or receive at least $1000 ZWL into your bank account.

It doesn’t matter how you get the money in there. It could be coming from a bank to wallet, ZIPIT receipt or money send by another OneMoney customer.

The free data will last for 48 hours and the promotion runs from today until towards the end of June.

Fund your OneMoney account with ZWL1000 and receive 500MB Free Data valid for 48hrs!
Here’s some quick promo info for you to start winning;
-Data voucher is received within 24 hrs of participating
-Each customer is eligible to participate and win once every wee 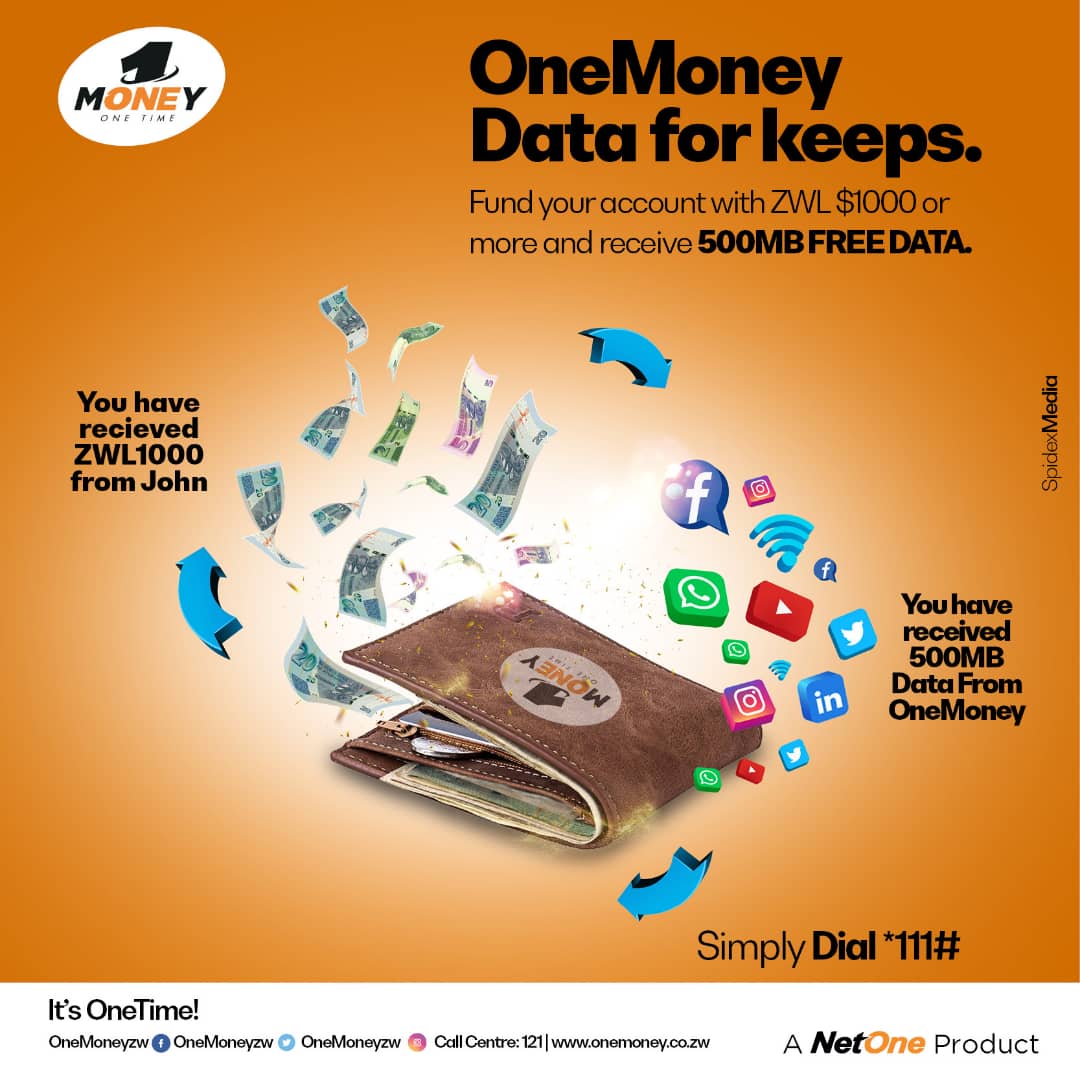 Best and Safe ways to pay for your Online transactions

How to install Hollywoodbets App

WhatsApp has announced other new features

Google Chrome gets the biggest performance update in years

BlackBerry smartphones are back in Business