Rapper and singer Lil Nas X is launching a controversial pair of “Satan Shoes” featuring a bronze pentagram, an inverted cross and a drop of real human blood.

The black and red sneakers, part of a collaboration between Lil Nas X and New York-based art collective MSCHF, were made using Nike Air Max 97s, though the sportswear brand has distanced itself from the design.

In an emailed statement to CNN, Nike said it was not involved in creating the modified sneakers. “We do not have a relationship with Lil Nas or MSCHF,” the company said. “Nike did not design or release these shoes and we do not endorse them.”

Launching as a limited-edition “drop” of 666 pairs, each shoe’s air bubble sole contains 60 cubic centimeters (2.03 fluid ounces) of red ink and “one drop” of human blood, according to MSCHF. 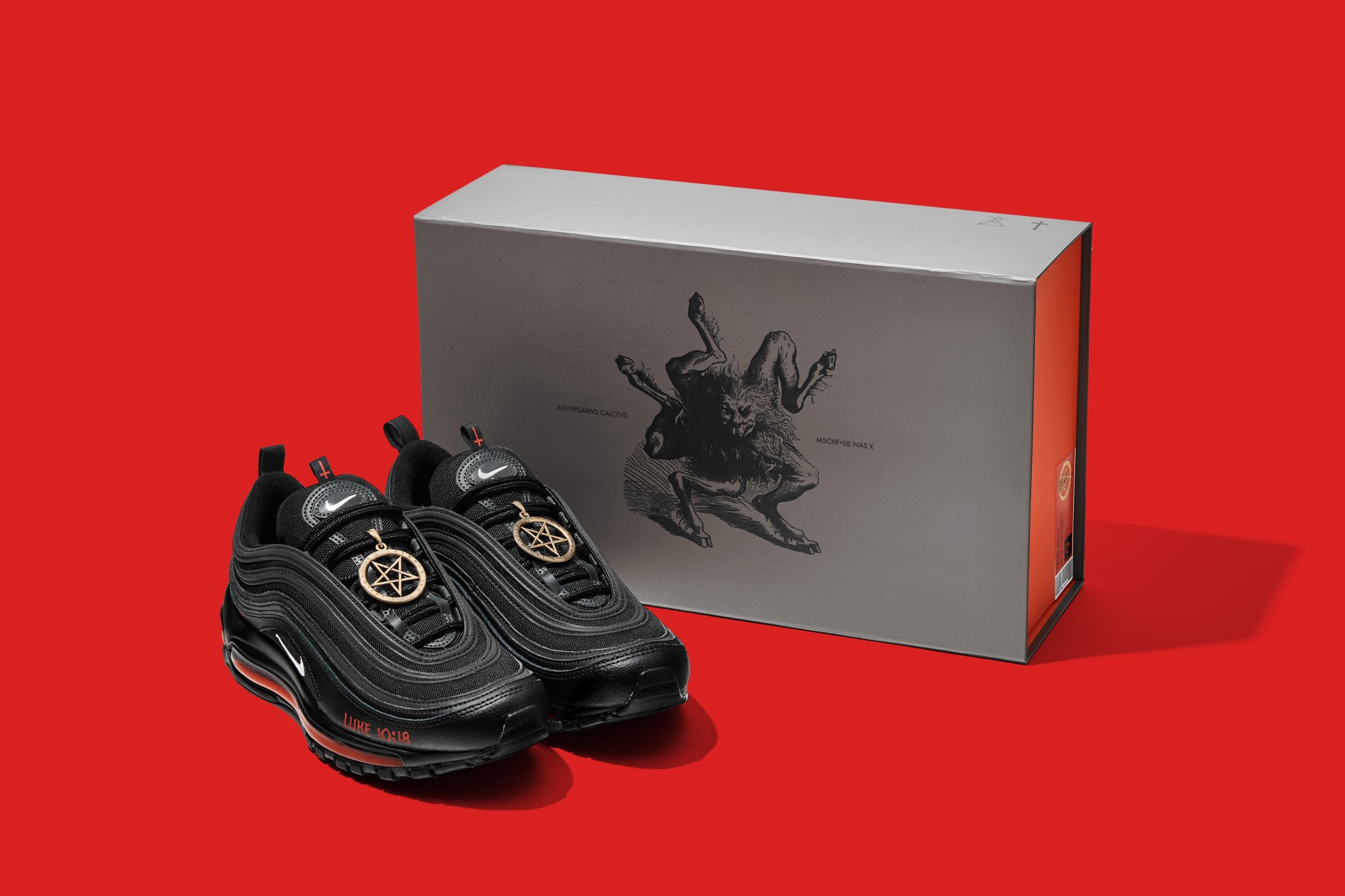 They are priced at $1,018 a pair, a reference to the Bible passage Luke 10:18 that reads: “I saw Satan fall like lightning from heaven.”

A MSCHF spokesperson said the blood had been provided by members of the art collective, adding: “We love to sacrifice for our art.”

The group also confirmed to CNN that Nike was “not involved in this in any capacity.”