It has come to the attention of the Judicial Service Commission (JSC) that there is a news article circulating on social media to the effect that a High Court Judge, Honourable Benjamin Chikowero, was purportedly summoned by the Special Anti-Corruption Unit (SACU) and the Police for questioning in respect of the circumstances surrounding the Judge granting bail to suspected notorious armed robbers led by Musa Taj Abdul.

The JSC puts it on record that the Judge was approached by the police to give a statement as a potential witness.

The article creates a false impression that the Judge was called in as an accused person, which is not only unfortunate but grossly erroneous. 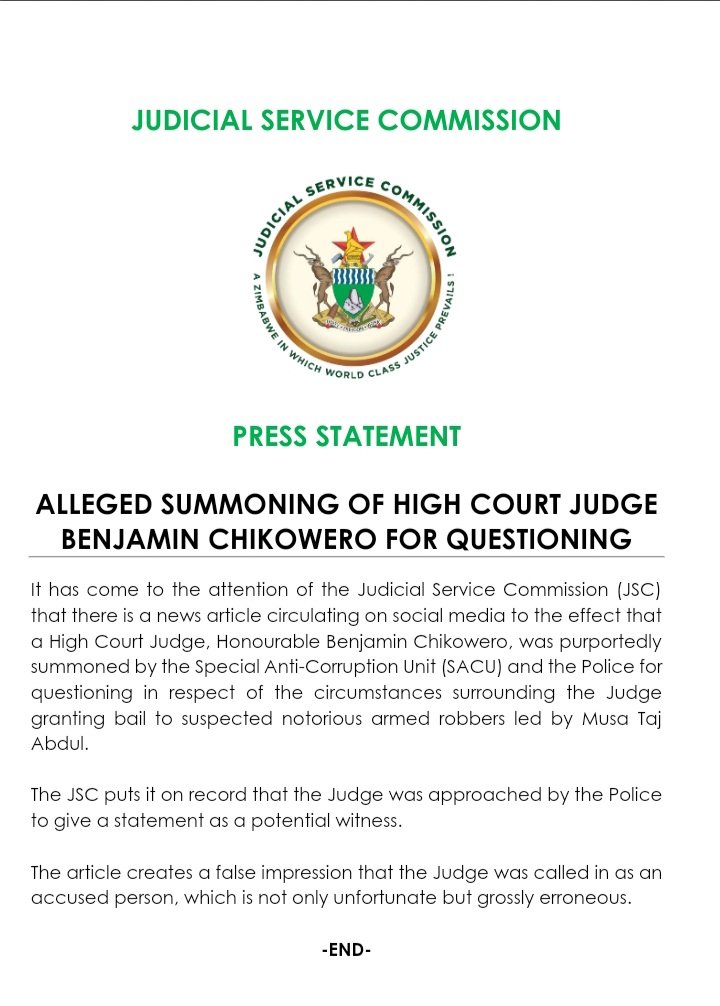 Haruzivishe to Appeal Against Conviction

Zimbabwean Surgeons In Another Successful Separation Of Conjoined Twins

Haruzivishe to Appeal Against Conviction

Zimbabwean Surgeons In Another Successful Separation Of Conjoined Twins