Moipone gave her boyfriend (Nhlanhla) numbers and money to play lotto for her and to her surprise he came back with her 14 Million winning ticket.

Guess what? Moipone was on ‘I BLEW IT’ TV show. This show tells stories of people who spent all the money they had.

Here is how Moipone splashed her money:

*Gave 1 Million to her brother in law.

When things started to get worse, she went back on her investments to take out R2,2 Million that she had invested earlier on for herself and the baby daddy. 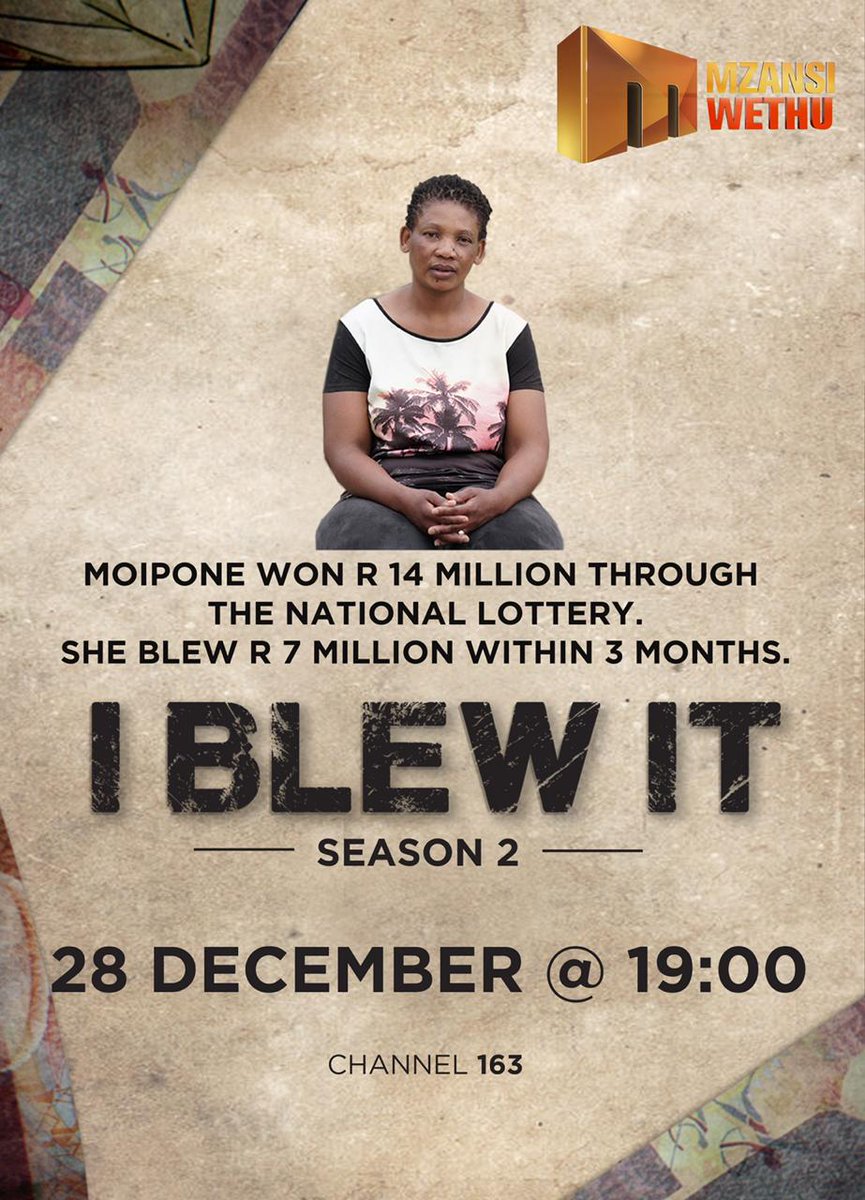 *Bought another VW GTI for R265,000 and crashed three days after purchase.

*She bought him a BMW and a total of R1,5 Million was spent on boyfriend cars.

After that, she went and dated a policemen which she also spent money on.

After the policemen, she went back to his baby daddy. She was dead broke by then and so she decided to withdraw the R5 Million she had invested for her kids and accord an investment company charge of R445,000.

Here is how she spent the last R5 Million:

*She threw some serious parties with free food and alcohol for days.

*She got married and baby daddy left his job.

*Bought a VW polo for an estate agent

And in the end, she sold everything she owned and made a loss of a huge amount of money and now she is broke without a single cent.

US And EU Fail To Recognize Douglas Mwonzora As A Credible...