A suspected cunning burglar has been breaking into people’s homes in Gutu, Masvingo Province, dressed like a ghost.

On sighting him, the thief’s victims would flee in terror believing they would have seen a ghost while he would help himself to their property.

A picture of the thief, who has since been arrested, was shared by prominent journalist Hopewell Chin’ono on Twitter captioned with the words:

Zimbabwean thieves have become cunning and creative! This guy was breaking into people’s homes in Gutu, pretending to be a ghost.

His victims would run away consumed with the fear of having seen a ghost, then he would help himself to their property! Fortunately, he was arrested.

See the picture below: 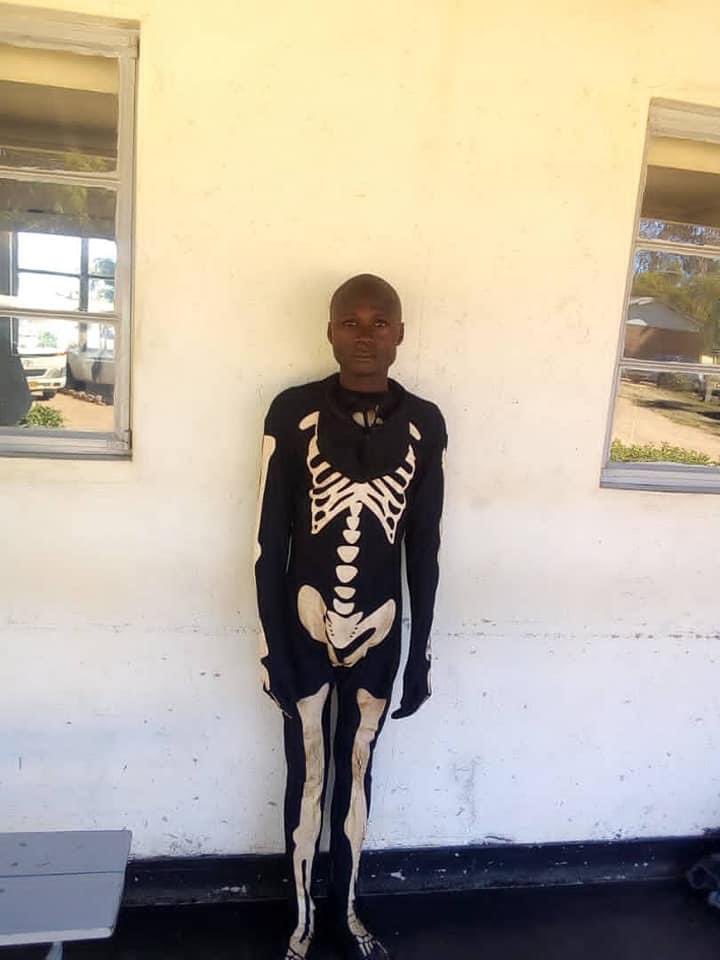 Doctors’ Residence At Mpilo Hospital Goes Up In Flames, Some Lose Everything In Fire

Doctors’ Residence At Mpilo Hospital Goes Up In Flames, Some Lose...