The energy regulator said fuel operators may however sell at prices below the cap depending on their trading advantages.

The Zimbabwe Energy Regulatory Authority (ZERA) has announced new fuel prices which will take effect on the 5th of this month.

Below are the new prices: 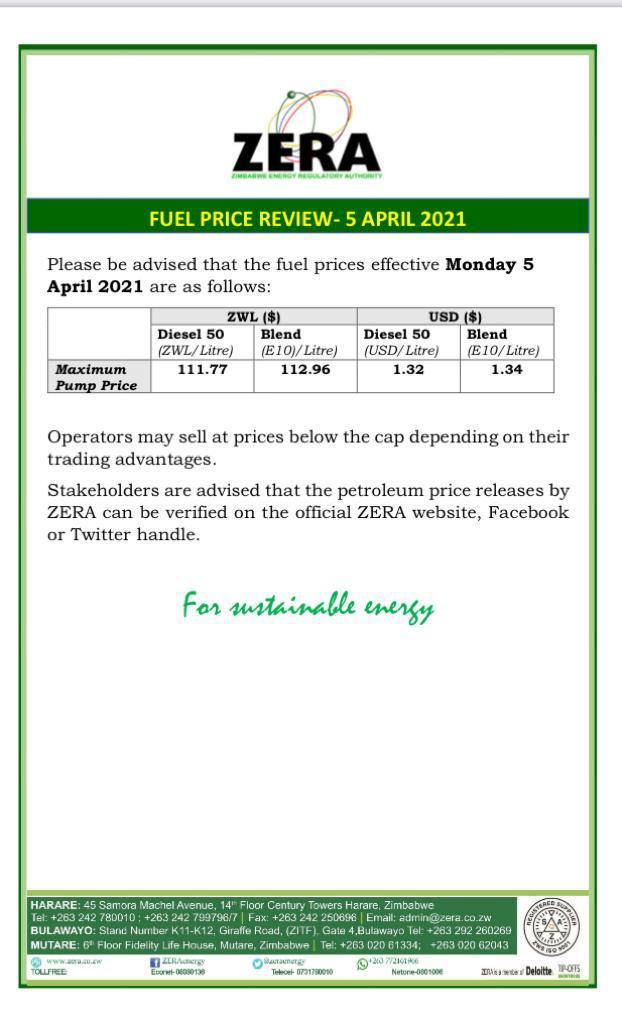 In other news, “Repent or Your Other Daughter Follows” – Prophet Bushiri Told

A prophetess who prophesied Israella Bushiri’s death has confirmed it, and said that if Prophet Bushiri fails to turn away from his evil doings, including his wife, they will suffer another loss which is their second daughter Raphaella.

The prophetess said Prophet Bushiri and wife must set people free because they are leading people to the darkness, and they know it very well but they do not want to let go because they are gaining from it.

KZN scientists discover most dangerous Covid-19 variant that may have killed...

Ntsiki Mazwai slams Somizi and his weaves – ‘It’s embarrassing as...

KZN scientists discover most dangerous Covid-19 variant that may have killed...