The development was announced by the Ministry of Health and Child Care in a statement that observed that the quartet was from Manicaland, Bulawayo and Mashonaland East provinces.

Meanwhile, the total number of confirmed cases has risen to 2817 after 113 new cases were recorded. Of the new cases, 112 are local while the remainder is a returnee from South Africa.

Recoveries are at 604 after 62 new recoveries were recorded. 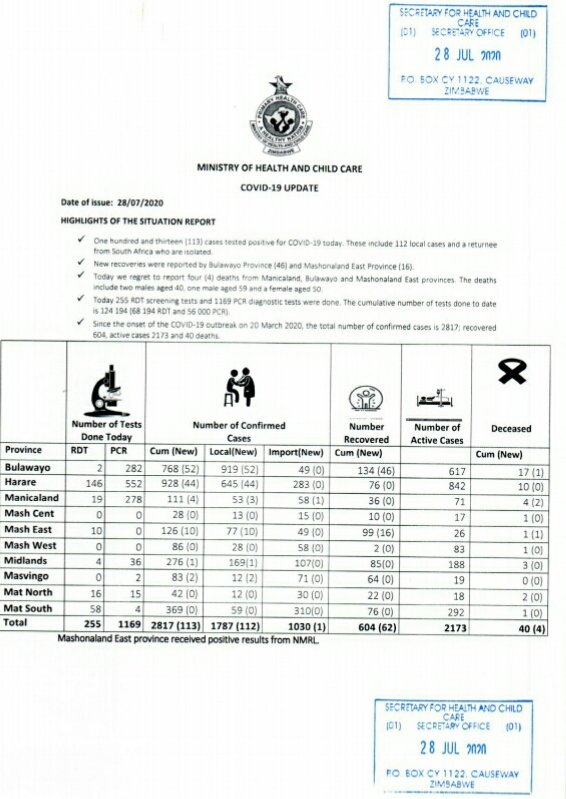 Mahere Tests Positive For Coronavirus After Days Behind Bars!

DJ Fantan, DJ Levels and Dammer finally out on bail