Today social media was flooded with fake news that the recently ‘caught and released’ Minister of Health was fired by the President.

Hopewell Chin’ono said: “It was too good to be true indeed considering the characters involved!

Either way, Mnangagwa’s failure to remove a corrupt and crooked minister speaks volumes about himself and his conduct!

It also turned out that the allegedly corrupt Minister Obadiah Moyo’s criminal abuse of office goes beyond Covid-19 Drugs.

ZiMetro News learned from journalist Hopewell Chin’ono that he was involved in the so-called US$60 million donations which were a CORRUPT LIE which happened in 2019, see documents below.

Drax was registered with procurement in 2019.

See the document below: 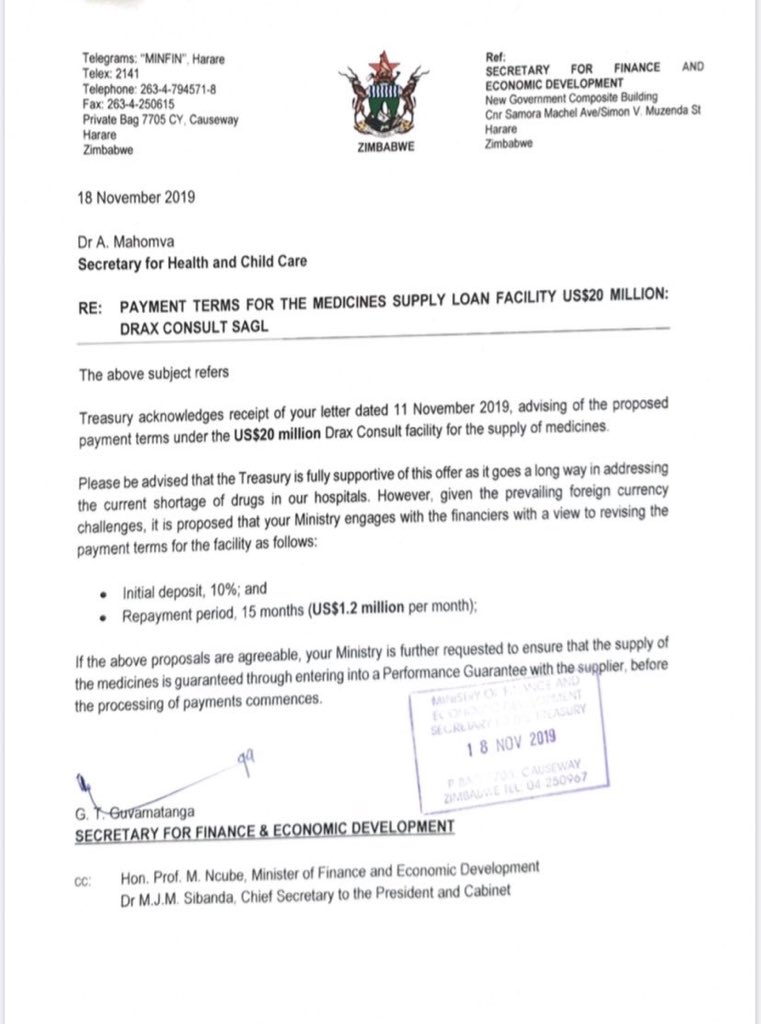 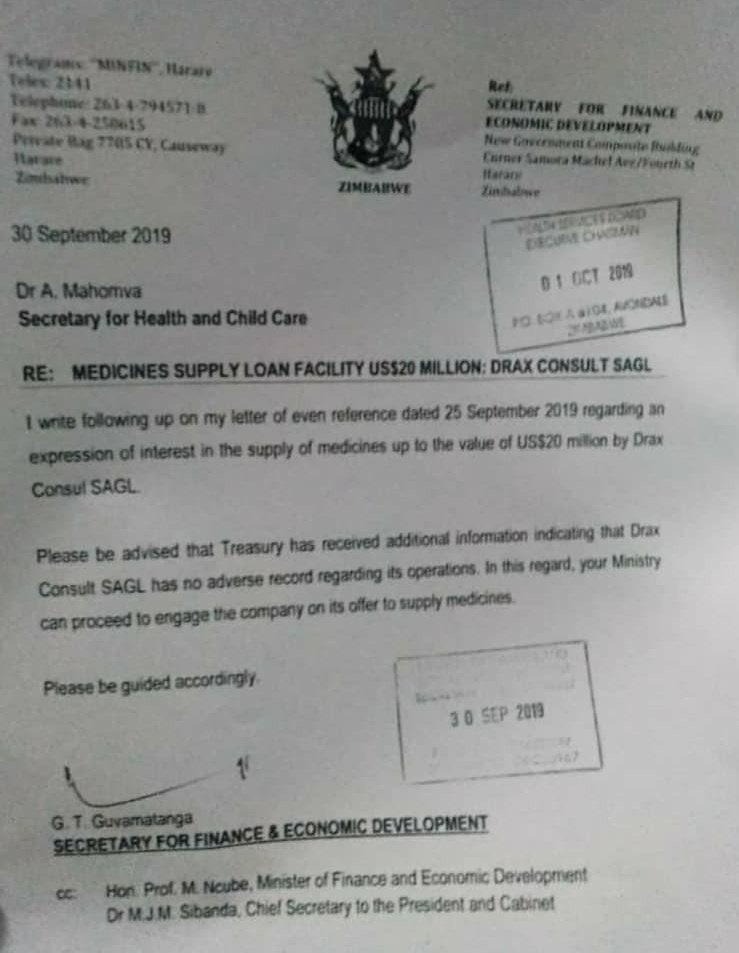