This was revealed in a press release from the government which states that Moyo was fired for conduct inappropriate for a government Minister:

PRESS STATEMENT BY THE CHIEF SECRETARY TO THE PRESIDENT AND CABINET: DR M J M SIBANDA ON THE REMOVAL FROM OFFICE OF CABINET MINISTER, OBEDIAH MOYO

Please be advised that His Excellency the President of the Republic of Zimbabwe, Cde E D Mnangagwa, has in terms of section 340, subsection (1), paragraph (1), as read with section 104, subsection (1) of the Constitution of Zimbabwe has removed Dr Obediah Moyo from the office of Cabinet Minister with imrnediate effect for conduct inappropriate for a Government Minister. 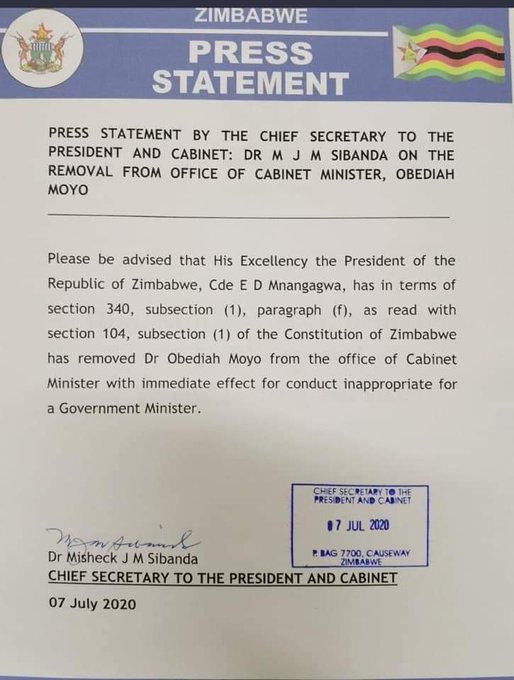