Yesterday, another one, that was also fleeing from the police overturned injuring at least ten along Mutare Jeff Road.

Two more had been burnt to ashes in Bulawayo on Wednesday after police had thrown tear gas canisters into the vehicles after one of them had rammed into a stationary car.

The warfare between the police and kombi operators has resumed recently as private commuter omnibus operators are defying the ban imposed on them last year.

_I struggle to understand why our leaders are so cruel. People work hard to buy a kombi and better themselves. Why should they be forced into an uneconomic ZUPCO marriage? Good men turned into criminals. This fleeing driver crashed a few minutes ago with passengers onboard._ 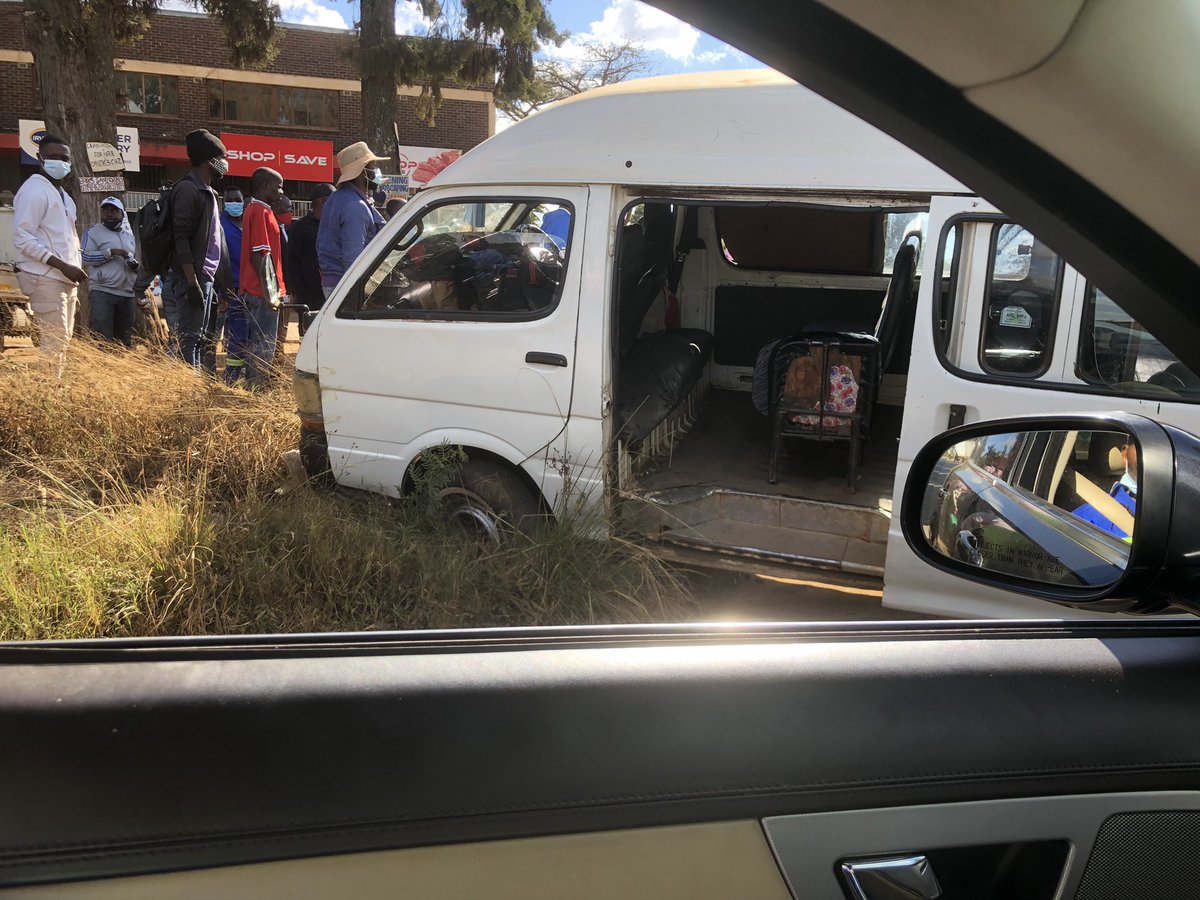 The government is adamant that kombis will not return on the roads if they are not registered under the Zimbabwe United Passenger Company (ZUPCO).

Authorities accuse kombis of causing chaos in towns as they do not observe official pick up points.

The move to ban them was meant to restore order in the cities and to contain the coronavirus pandemic.

TB Joshua Gave Magaya A Task Before He died

Prison Officer In Hot Soup For Wishing Madness On Mnangagwa