Self-proclaimed South African prophet, Pastor Alph Lukau is currently trending across the world after he claimed to have raised a Zimbabwean man back from the dead this past weekend.

However, the claims are being disputed by the Funeral Parlour which has rubbished the miracle and is now taking legal action against the “Man of God”.

In October last year, Lukau caused a stir after a video in which he claimed that Vice President Constantino Chiwenga was going to face complicated health problems went viral on social media.

2. Pastor Lukau is a Bible scholar, coach, mentor, and spiritual father to many followers. In addition, he is an entrepreneur who works with his wife Celeste Lukau at his Johannesburg-based church.

3. Lukau has a penchant for a luxurious lifestyle and is said to be worth about 1 billion dollars. While this figure has not been verified independently, the Pastor has shared images of his luxury items such as a private jet and top of the range vehicles such as Rolls Royce, Bentley and Range Rover Cars. 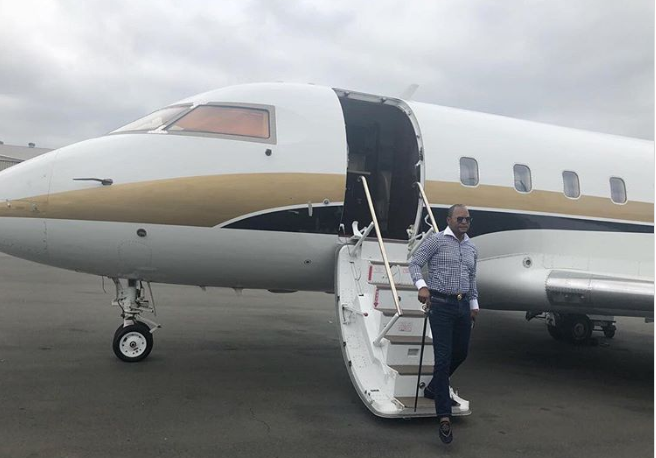 God honors faith – He will honor your faith – keep trusting him even when you can’t trace him..

4. The Pastor seems to have a taste for show business and once made a grand entrance at his church when he arrived in motorcade similar to that of most African presidents. Watch the video below.

5.Alph Lukau founded his church, Alleluia Ministries International in 2002. The Church has branches in several countries like South Africa, Zambia, Namibia, Democratic Republic of Congo, Angola, Europe and even in South America.

MailOnline photographed the nearby palatial home of General Constantino Chiwenga, the ex-commander of Zimbabwe’s armed forces, who spearheaded the Mnangagwa’s takeover.

Located just down the road from both Blue Roof and Mr. Mnangagwa’s home, the general’s white mansion, which is built on modernist design principles and sits on the…more here